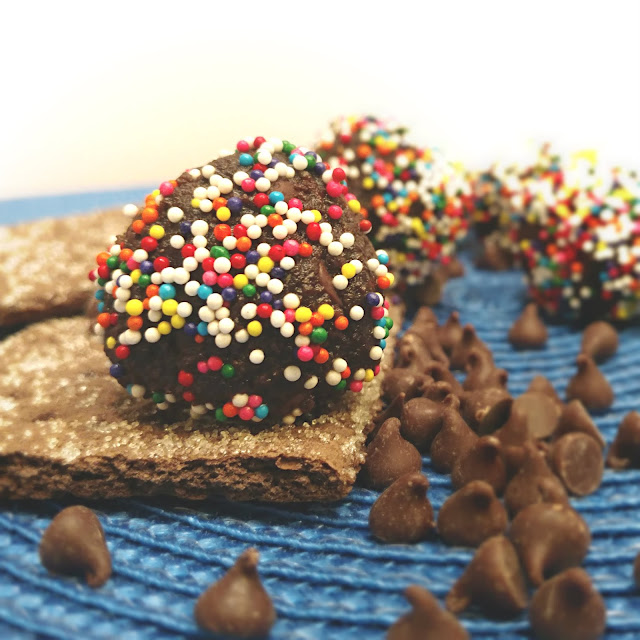 I've gone a little crazy over these Truffle Cookie Ball things. Not a true truffle, but not really a cookie either, I'm naming them truffle cookie balls, like cake balls, but half truffle, half cookie; and totally delicious no matter what they are called. Did I mention they are no-bake? 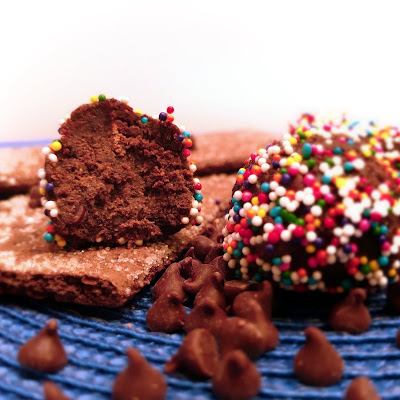 There are a number of vegan recipes out there for candy-cookie ball sweet treats, but so many of them have to be eaten straight from the refrigerator because they are too gooey left at room temperature. My goal was to be able to make these little candy bites so they could be served off a platter at any gathering, which means they had to not taste 'vegan' and the texture had to be solid, and not too crumbly at around 70-degrees.

This particular batch was such a huge favorite with the kids that I had to hide them in several different places because they kept finding and devouring them. In the end I had only 1/3 of the batch to pack into boxes to send to relatives with all the others.

Aside from being the absolute perfect two-bite size, these little balls are not overly sweet, have terrific texture, and are some of the easiest to roll. The first timer will be alarmed by the amount of coconut oil that coats your hands in the process. Don't be worried, they are not the least bit greasy tasting once the oil solidifies, and the oily exterior means they can be coated easily with just about everything from powdered sugar, to toasted coconut, cocoa powder, chopped nuts, or colorful sprinkles. I am not normally a sprinkles fan, but these little nonpareils added a lovely crunch to the 'Brownie Bites'; a name my oldest daughter gave them after stealing about a dozen over the course of the day. 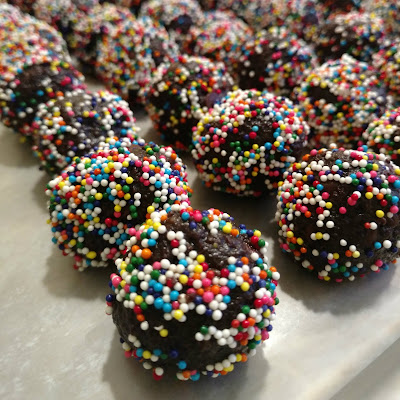 1/4 cup coating of choice: cocoa powder (add 2 T powdered sugar so it is not too bitter), coconut, sprinkles, etc.